Create an Account - Increase your productivity, customize your experience, and engage in information you care about.

History of the League

The League of Arizona Cities and Towns: More than 80 Years of Service

The League of Arizona Cities and Towns is a voluntary membership organization that exists to provide vital services and tools to its members, focusing principally on representing the interests of Arizona's 91 cities and towns before the Legislature; and secondarily on providing technical and legal assistance, coordinating shared services and producing high-quality conferences and trainings.

The League was formed in 1937 by a group of mayors who hoped that by joining together they could preserve local decision making over local matters.

Interesting fact: In 1937, when the League formed, there were 30 incorporated cities and towns with a combined population of just slightly more than 190,000.

Cities and towns throughout the U.S. came to similar conclusions – some before and some after Arizona. There are municipal leagues in 49 of the 50 states, with Hawaii being the only exception. The Iowa League is considered to be the first municipal league and was founded in 1898. By the turn of the 20th century, five state leagues were in existence: Iowa, California, Wisconsin, Indiana and Michigan. Sixteen pre-date World War I, and 37 were formed prior to 1940. Arizona falls approximately 36th on that list.i

Interesting fact: In the 1990s, only one town incorporated: Sahuarita in 1994. Since statehood, it is the only decade so far to have just one community incorporate.

In Review: A Look Back at League Membership Through the Decades

In the last 80 years, Arizona and its municipalities have experienced tremendous growth. Utilizing the 1940 and 2017 Census data as benchmarks, Arizona's population has grown nearly 13 times since the League's founding. In 1940, the state's population totaled 499,261. Approximately 39 percent – or 194,470 people – lived within an incorporated city or town. In 2017, the state's population had grown to 7,016,270, with 78 percent of citizens living within the 91 incorporated cities and towns.

In the 1940s, the legal foundation of the League was questioned in two court cases: the City of Phoenix v. Michael (1944) and City of Glendale v. White (1948). The League's operations were first challenged in City of Phoenix v. Michael, when the Arizona State Supreme Court ruled municipal payment of dues to the League was unconstitutional as it was not for a public purpose.

The ruling was a serious financial blow to the League. However, a number of Arizona mayors believed that the League was such an important part of local government they funded the organization out of their own pockets until the Supreme Court reversed its decision in City of Glendale v. White (1948), citing a similar case in California as precedent. Today, dues from the 91 cities and towns in Arizona serve as the primary funding source for the League. Dues are determined by population, with a set base fee plus a per capita rate. 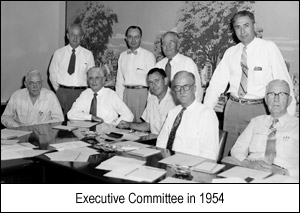 League activities are directed by a 25-member Executive Committee, consisting of mayors and councilmembers from across the state. Members are elected to two-year overlapping terms.

Interesting fact: The League of Arizona Cities and Towns was originally called the "Arizona Municipal League." In 1957, then League President Don Hummel, mayor of Tucson, led a successful effort to change the organization's name.

The first president of the League was William Sullivan, mayor of Globe, who assumed the role in 1937. A total of 53 presidents have led the organization. Nearly all presidents have been mayors or councilmembers, with only two serving in other roles: in 1947, Franklin Goodman was city engineer of Winslow; and in 1949, Park Miller, was city clerk of Prescott. Of the remaining 48, five were councilmembers, one was a vice mayor and 42 were mayors. The League's current president, Christian Price, serves as mayor of Maricopa, Arizona.

Interesting fact: When DeBolske retired in 1997, his tenure as director spanned 40 years - the third longest tenure as a director in municipal league history. The only directors to have served longer are Don Zimmerman of the Arkansas League, from 1974 to 2018, and Franklin G. Pierce of the Iowa league, who served as director from that league's founding in 1898 until 1946. 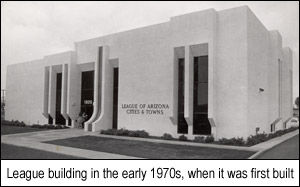 The League established its first permanent office in 1948 at 15 S. First Avenue in Phoenix, where it stayed until 1954 when offices were moved to the Security Building on Central Avenue in downtown Phoenix. A third office was located on Central and Clarendon avenues in Phoenix.

In 1969, the Executive Committee authorized the purchase of land for a new League building in the immediate vicinity of the state Capitol. The total construction cost for the League offices, which stand at 1820 W. Washington, was $400,000. The building was completed in 1972 and the loan paid off in 1987.

Interesting fact: Prior to the first permanent League office in 1948, Executive Committee meetings were held at various locations, including the Adams Hotel in downtown Phoenix and offices of the current League president.

Involvement in the National League of Cities (NLC)

The Arizona League formally joined the National League of Cities (then called the American Municipal Association) in 1950. Three Arizona mayors have served as president of NLC: Tucson Mayor Don Hummel in the '60s, Phoenix Mayor Terry Goddard in the '80s and Avondale Mayor Marie Lopez Rogers in 2013.

Numerous Arizona local elected officials have served on the board of NLC, and as chairs and vice chairs of NLC committees over the years. Directors Ken Strobeck, Cathy Connolly and Jack DeBolske have all served terms on the NLC board as well.

Interesting fact: In the 1930s, topics at state league conventions around the country were remarkably similar to topics that are still being discussed today. Examples included: providing recreation programs in hard times and municipal employee salaries.i 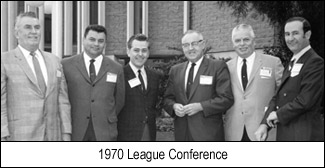 The first known semi-annual conference of the Arizona League was held in Prescott in the spring of 1937 and the second was held in Bisbee, November 19 -20, 1937. The following year, members met in Nogales in April of 1938.

There has been at least one annual meeting of the League members since the organization's inception, save the WWII years of 1942-1946, during which time conventions were banned by the Federal Office of Defense Transportation.i A tally of the League's records indicates that more than 90 semi-annual or annual conferences have been held.

Interesting fact: In 1957, 255 delegates attended the conference with the entire expense including meals of $2,219.93. The League made $330 on the conference to cover staff expense. 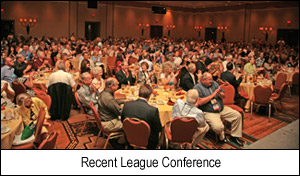 Twenty cities and towns have played host to the League Annual Conference. From its humble beginnings, the League conference has grown to the largest municipal event of the year in Arizona – drawing more than 1,000 delegates and guests each year. Because of it's size, the only facilities capable of hosting the Annual Conference are located in Tucson and the Phoenix area.

One of the most popular activities at conference is the Showcase of Cities and Towns (formerly the Festival of Cities and Towns), where communities spotlight their history, programs or activities for conference attendees. The original idea is credited to Harry Mitchell, who was then mayor of Tempe and president of the League. The first festival was held in 1989 in Tempe.

Another League conference tradition began in 2000 – the Parade of Flags. Mayor Elaine Scruggs of Glendale came up with the idea to honor member cities and towns, and learn more about each of them. 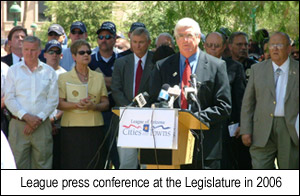 As with any organization that has endured for three-quarters of a century, the League's story is one marked with both legislative victories and defeats, and its fair share of compromises. At the center of it all reside two guiding principles: home rule and local determination.

Over the years, the League shepherded through the Legislature many important pieces of legislation including the basis for current planning, zoning and subdivision authority, and actively participated in the passage of landmark legislation like the groundwater management act in 1980.

Interesting fact: With the 1942 initiative, voters directed that 10 percent of the state's 2 percent sales tax be shared with the cities and towns of Arizona. The margin of victory for the initiative was 55 percent with the annual receipts from this early revenue sharing of $735,315 for FY44. 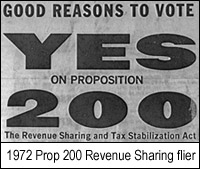 When the legislative process failed to bring positive results, the League went directly to the voters in a series of initiatives for state revenue sharing. These initiatives resulted in cities and towns receiving a share of the gas tax (now the Highway User Revenue Fund), the state sales tax and state income tax. 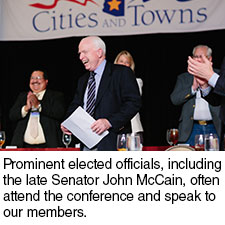 These initiative drives, backed by the type of determination demonstrated by mayors and councilmembers who themselves funded the League, have made the League a political force representing viable local government.

In over 80 years, many things have certainly changed; mimeographs have been replaced with tweets, and gentleman's agreements with collaborative task forces. Yet despite all the changes time has wrought, the organization's guiding principle remains the same: Local decisions are best made at the local level. Arizona continues to be blessed with countless local elected officials and staff who are dedicated to bettering their communities and the state through their work with the League. We look forward to the next 80 years.